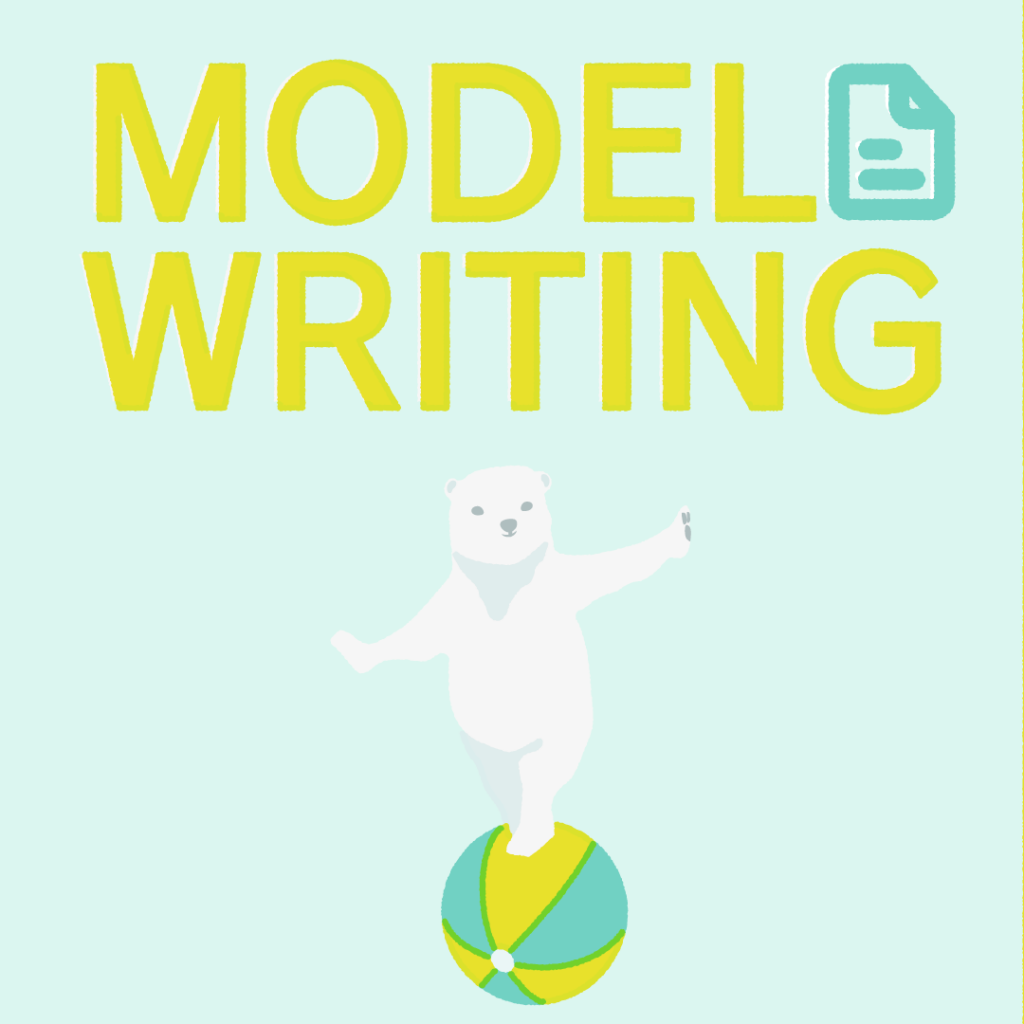 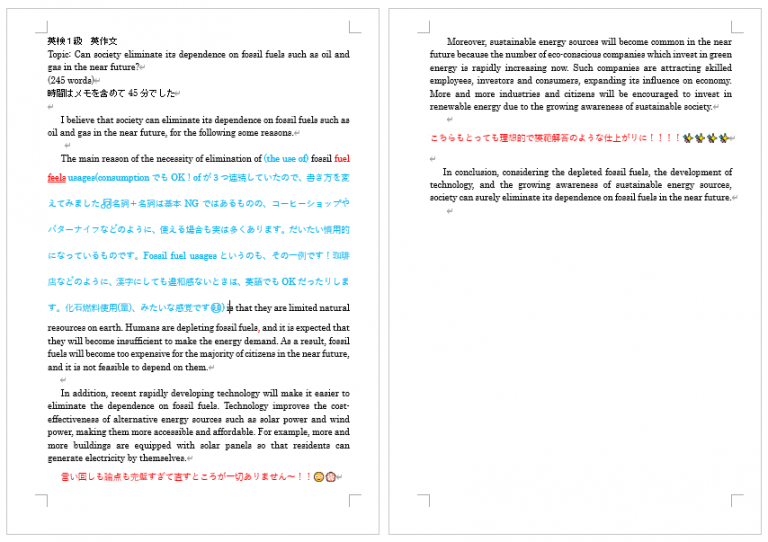 I believe that society can eliminate its dependence on fossil fuels such as oil and gas in the near future, for the following some reasons.

The main reason of the necessity of elimination of fossil fuel feels usages is that they are limited natural resources on earth. Humans are depleting fossil fuels, and it is expected that they will become insufficient to make the energy demand. As a result, fossil fuels will become too expensive for the majority of citizens in the near future, and it is not feasible to depend on them.

In addition, recent rapidly developing technology will make it easier to eliminate the dependence on fossil fuels. Technology improves the cost-effectiveness of alternative energy sources such as solar power and wind power, making them more accessible and affordable. For example, more and more buildings are equipped with solar panels so that residents can generate electricity by themselves.

Moreover, sustainable energy sources will become common in the near future because the number of eco-conscious companies which invest in green energy is rapidly increasing now. Such companies are attracting skilled employees, investors and consumers, expanding its influence on economy. More and more industries and citizens will be encouraged to invest in renewable energy due to the growing awareness of sustainable society.

In conclusion, considering the depleted fossil fuels, the development of technology, and the growing awareness of sustainable energy sources, society can surely eliminate its dependence on fossil fuels in the near future. 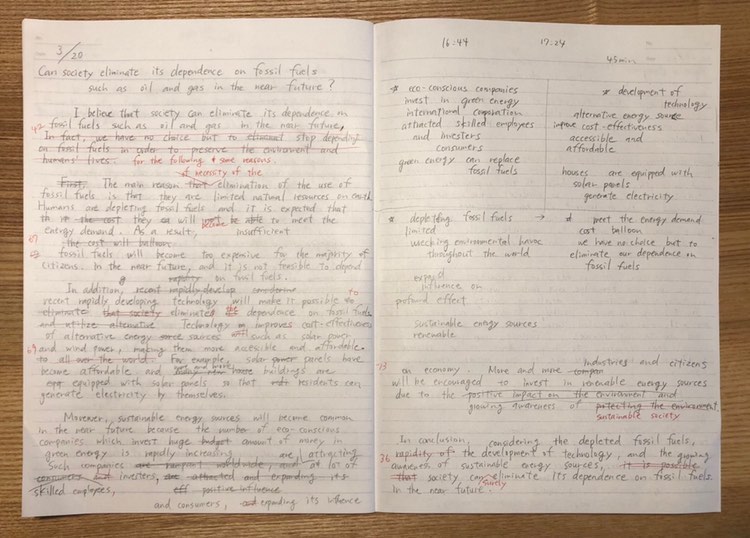 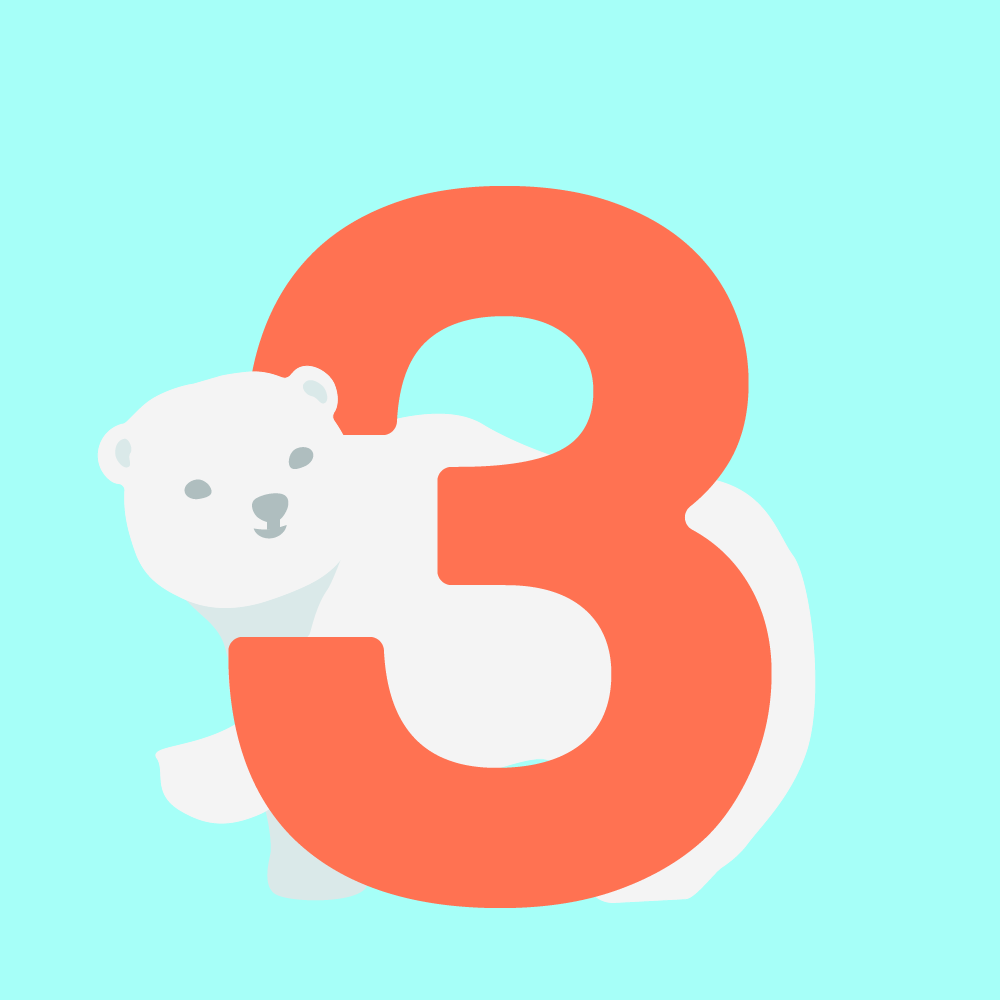 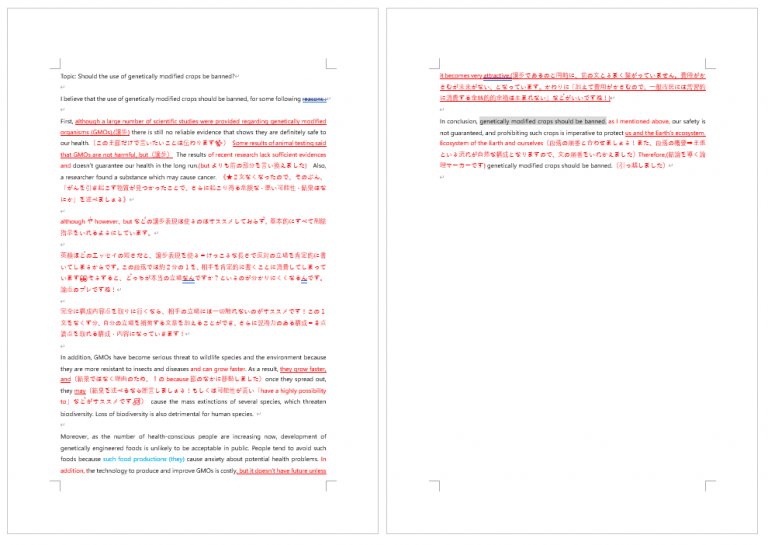