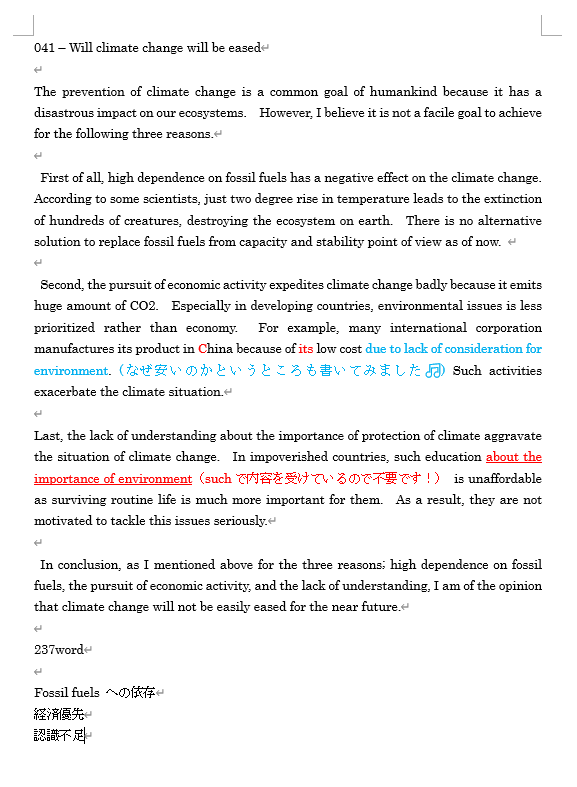 The prevention of climate change is a common goal of humankind because it has a disastrous impact on our ecosystems.  However, I believe it is not a facile goal to achieve for the following three reasons.

First of all, high dependence on fossil fuels has a negative effect on the climate change.  According to some scientists, just two degree rise in temperature leads to the extinction of hundreds of creatures, destroying the ecosystem on earth.  There is no alternative solution to replace fossil fuels from capacity and stability point of view as of now.

Second, the pursuit of economic activity expedites climate change badly because it emits huge amount of CO2.  Especially in developing countries, environmental issues is less prioritized rather than economy.  For example, many international corporation manufactures its product in China because of its low cost due to lack of consideration for environment.  Such activities exacerbate the climate situation.

In conclusion, as I mentioned above for the three reasons; high dependence on fossil fuels, the pursuit of economic activity, and the lack of understanding, I am of the opinion that climate change will not be easily eased for the near future.