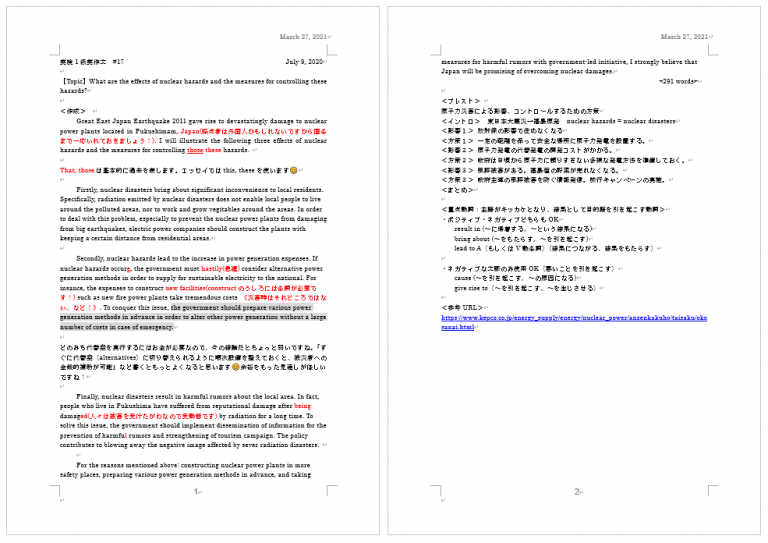 Great East Japan Earthquake 2011 gave rise to devastatingly damage to nuclear power plants located in Fukushima, Japan. I will illustrate the following three effects of nuclear hazards and the measures for controlling these hazards.

Firstly, nuclear disasters bring about significant inconvenience to local residents. Specifically, radiation emitted by nuclear disasters does not enable local people to live around the polluted areas, nor to work and grow vegetables around the areas. In order to deal with this problem, especially to prevent the nuclear power plants from damaging from big earthquakes, electric power companies should construct the plants with keeping a certain distance from residential areas.

Finally, nuclear disasters result in harmful rumors about the local area. In fact, people who live in Fukushima have suffered from reputational damage after being damaged by radiation for a long time. To solve this issue, the government should implement dissemination of information for the prevention of harmful rumors and strengthening of tourism campaign. The policy contributes to blowing away the negative image affected by severe radiation disasters.

For the reasons mentioned above: constructing nuclear power plants in more safety places, preparing various power generation methods in advance, and taking measures for harmful rumors with government-led initiative, I strongly believe that Japan will be promising of overcoming nuclear damages. 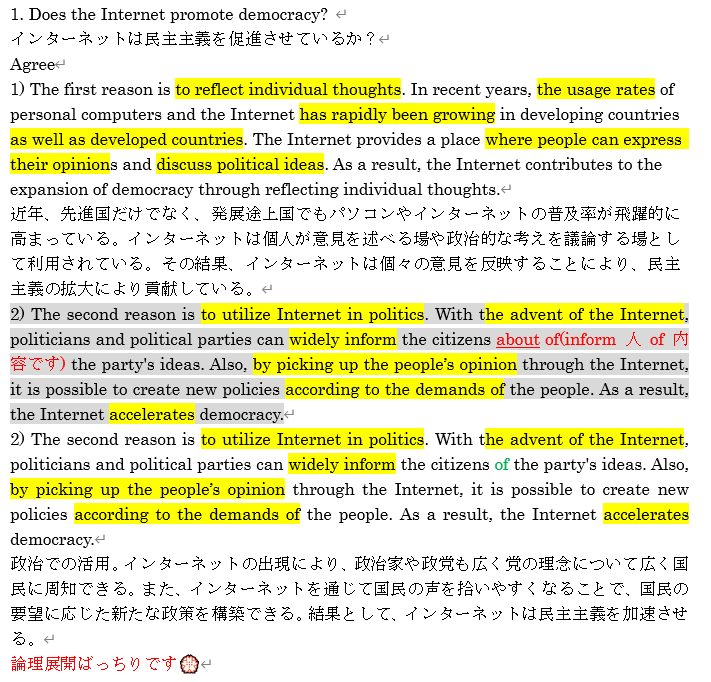